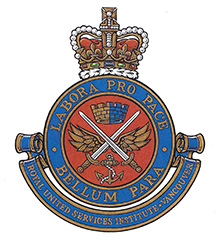 Celebrating 75 Years of Dutch Freedom at the VMM

The Vancouver Maritime Museum will open a new exhibition on June 25, called Celebration 75 Years of Freedom, sponsored by the Dutch Liberation 2020 Canadian Society. The exhibit closes on November 15. It commemorates the 75th anniversary of the liberation of the Netherlands from German occupation in 1945 in which Canadian armed forces played a significant role.

Celebration 75 Years of Freedom is part of a Canada-wide initiative to raise public awareness of the liberation of the Netherlands. The exhibition chronicles the occupation of the country during World War II and Canada’s contribution to its liberation. Celebration 75 Years of Freedom will also examine the immigration of Dutch citizens to Canada following the liberation, many of whom settled in British Columbia.

During the current COVID-19 health emergency the Vancouver Maritime Museum at 1905 Ogden Avenue, Vancouver (Kitsilano Point) is open on a limited schedule between 11:00 am and 5:00 pm, Thursday to Saturday until further notice. Guests are asked to book admissions online at vanmaritime.com/covid-19-safety-measures.